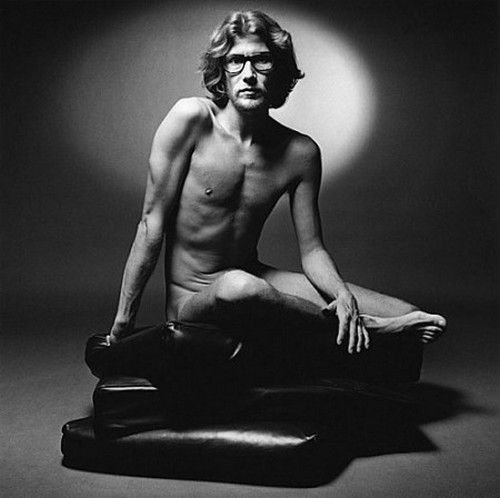 On 29 January 1971 the spring -summer collection of Yves Saint Laurent was in the halls of the Rue Spontini :marked by a retro style , overloaded makeup, mini dresses, jackets with straight shoulder , sharp lapels and platform shoes with open toe. Viewers quickly realized they were in the decade of the 40s , recalling the Second World War still having spent 25 years of the famous event .

The Daily Telegraph baptized it “Nauseating” . The Guardian as “A display of bad taste.” Daily Sketch as “Women at its worst ” and even Eugenia Sheppard named it “The ugliest collection of Paris”. Spectators came shouting “What a horror! ” in the middle of the fashion show. So much hatred into a collection of a designer who inadvertently became part of one of the main pillars of what we call today as retro fashion.

Over the years, this style that was based in Yves Saint Laurent to create retro fashion, takes its real success in its edition reworked as Rive gauche .
But, where does this inspiration from Yves Saint Laurent come? Nothing more and nothing less than Paloma Picasso , daughter of the famous painter Pablo Picasso and Françoise Gilot . A young woman who accidentally was hogging the cameras with his red turban, a short leather jacket of black swan, a slinky dress and platform shoes with round toe . With her came the collection of 71 and for YSL, one of the most decisive figures to give this turn to the collection inspired at 40´s.

The commotion that this collection meant for all , made the clients who were faithful to this style , give them fear to pass the house of the seam. Belle de Jour , Luis Buñuel film, it´s about a whorehouse , and uses the wardrobe of Saint Laurent . That proved to be his film, in which the main characters (prostitutes ) dressed in a modern , seductive and almost a little ordinary.
The collection of 71 was an anatomical manifest. Even Suzy Menkes said on January 30, 1971 that ” The back is the new erogenous zone of Yves Saint Laurent ” . This was confirmed by Saint Laurent: “For years , the human eye has become accustomed to a girl with gait boy without chest or waist or hip. I would never have thought that the appearance of a real woman could cause a scandal.”