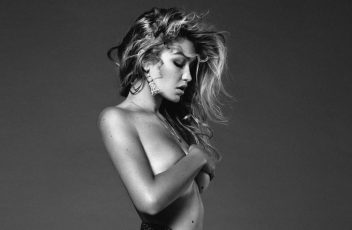 In 2014 she was the image of Tom Ford perfume “Velvet Orchid”; she was on the cover of Vogue USA; did fashion shows for Chanel or recently deceased famous designer Sonia Rykiel and even appears in the SModa supplement of El País.
Later in 2015 gets to be the image of Maybelline, besides being the cover of Vogue Spain for March photographed by Benny Horne, a photographer who would meet her to shoot Gigi for the April issue of Vogue Spain. It is involved in campaigns for Balmain, Top Shop or Max Mara and even we can see her in the video from Calvin Harris How deep is your love.