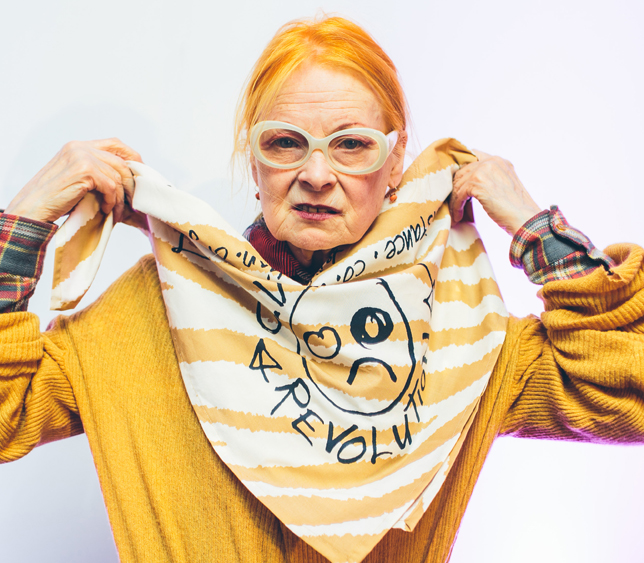 The clothes fit better to people who insists on using his intelligence.

Vivienne Isabel Swire (better known as Vivienne Westwood) is a British designer who promoted the aesthetics of punk and New Wave movement.
After studying art at Harrow School, in 1971 she met the famous Sex Pistols manager, Malcolm McLaren, and create their own store and initially called Let it Rock.
Fetishistic elements, safety pins (influenced by Richard Hell, an icon of aesthetic neoyorkina punk), chains, razors and spiky hair are the keys of this aesthetic emerged. Thus, they showed the world a shocking and controversial style that made Vivienne Westwood succeed.

Their shop “Let it rock” (later renamed SEX, among others) was marked by constant changes in fashion that they themselves created. Eccentricity and Anarchy were the slogans of her creations, making clothing leather, patent leather or clothing hook.
The “Slavery”collection in 1976 was full of chains, buckles, zippers and straps, so that was copied by countless designers.
In 1981 the store changes its name and passes to call “World’s End” as final name.

After his success decides to move to Paris to make her fashion shows.
In 1985 launch platform shoes with your personal brand, combined with corsets and Scottish costumes, thus becoming the star of the vanguard.
Has its own perfume “Budoir” and even makes designs watches for the brand “Swatch”.